DOUGLAS MURRAY: The Left can’t stop fawning over Joe Biden and Kamala Harris but I fear this won’t end well for America… or Britain

By DOUGLAS MURRAY FOR THE MAIL ON SUNDAY

Any friend of America must wish Joe Biden well in his efforts to unite his country. But an honest friend must also admit that he starts his presidency in a truly feeble position.

Never mind that the US economy has in the past year been wrecked by the Covid pandemic, that unemployment has soared and that homelessness on a developing world scale is now visible in many American cities. There is also a simple question of competence.

On the day of the inauguration, former president Barack Obama tweeted a photo of himself and his former vice-president with the message: ‘Congratulations to my friend, President Joe Biden! This is your time.’

His time? Frankly nobody in America – Republican or Democrat – thinks it ideal that Biden is starting the toughest job of all at the age of 78. 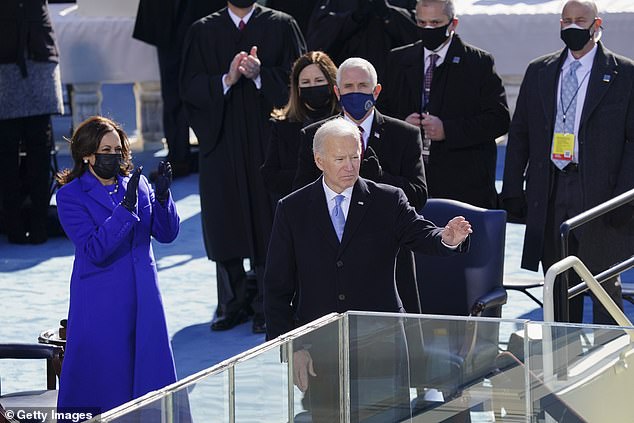 During my recent tours of the US, I spoke to many Democrats who admitted to deep misgivings – in private. They knew about Biden’s forgetfulness, his wandering trains of thought and his ever-more obvious mental frailty. Many doubted he would make it through a full term in office.

But they were willing to overlook all this, so desperate were they to get Donald Trump out.

That has now been achieved. The world now has to face up to the reality of the Biden presidency. And it isn’t looking good.

Of course the Left-wing broadcasters who dominate American television won’t admit this fact. Openly gleeful at getting rid of Trump, they have gone so far as to broadcast bizarre – and disgraceful – music video celebrations about the ‘victory’.

The networks have been happy to ignore the half of the population who didn’t vote for Biden. And happy to overlook the obvious flaws of the new administration.

Take the fawning treatment of new Vice President Kamala Harris. The American broadcasters – like the BBC here – seem to be in love. One ‘tough’ TV interview with her spent agonising minutes quizzing her… about her taste in comfortable shoes. We can expect much more of this in the next four years.

Having been relentless in their criticism of Trump, the media will now behave like courtiers and servants at the palace of the Sun King. Expect endless praise of Kamala and Joe, of their every move and outfit. Any criticism – it is already clear – will either be ‘pro-Trump’ or somehow ‘anti-woman’ or ‘anti-minority’.

Given that Harris may well become president during the next four years, it is quite stunning that the American media have done almost no digging into what she actually thinks.

What we do know is that despite pledging to unite all Americans, both Harris and Biden will find themselves pushed and pulled ever further to the political Left. It has already happened.

During his first hours in office, Biden signed an executive order calling on all federal agencies to ensure that people who identify as the opposite sex should be free to use whatever changing room or ‘restroom’ they wish to. 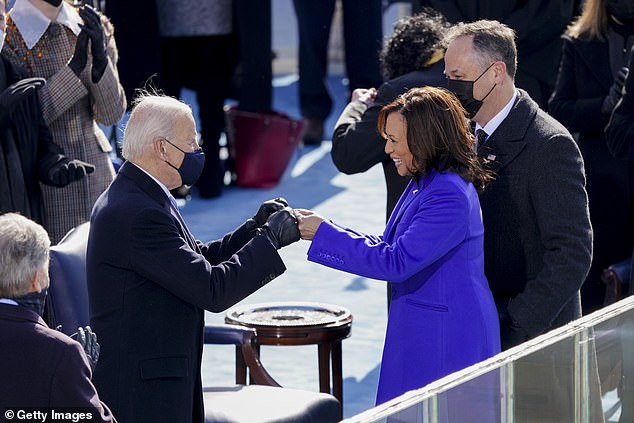 And that school sports must sign up to ‘combat discrimination on the basis of gender identity’.

There is something of the late Roman empire about this, the arrogance of a ruling elite in terminal decline. The world’s most powerful man gets into office at a time of unprecedented crisis and one of his first priorities is to ensure that men who identify as women should be allowed to use female changing rooms and pulverise any woman he comes across in competitive sports. All in the name of equality, obviously.

Such executive orders signify a president who has not heard the cry of pain of voters whose living standards have crashed not just over the course of the past year but over the last generation. I met many such people at Trump rallies. Some had never voted before, but they are not bad people, they just want their concerns to be heard, not endlessly dismissed.

His orders also signify a president who is desperate to suck up to the radical Left in his own party – a side that has the potential to cause serious and ongoing disruption to the security and safety of all Americans.

In the run-up to Wednesday’s inauguration there were endless warnings of armed Trump supporters causing disorder at state capitols. But in the event the only disorder came courtesy of the radical Left Antifa (‘anti-fascist’) groups who smashed up the Democrat party’s headquarters in Portland and rampaged through the centre of Seattle, wrecking everything they could find.

Biden is just not Left-wing enough for them.

At least Harris gives them political ‘cover’. Along with others, she spent part of last summer finding excuses for the violence that swept American cities, which perhaps explains why the continuing riots merit barely any media coverage now.

It is a cause for serious concern.

And then there is the question of the US-UK relationship. 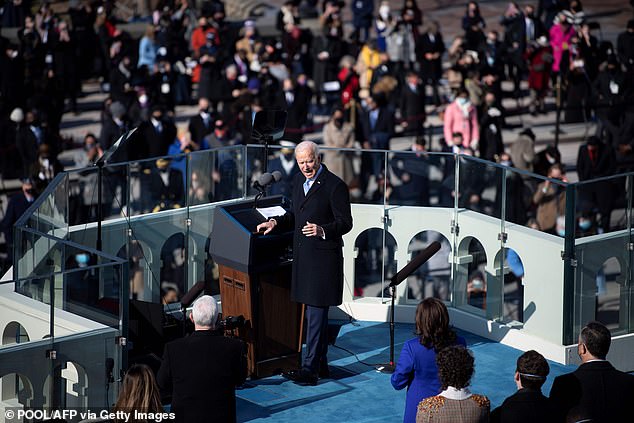 As one Conservative MP admitted last week, the trade deal that was being negotiated between the UK and the US while Trump was in office is now in trouble. ‘The steam has gone out of it,’ he said.

As I pointed out in these pages recently, the Biden team includes people who are deeply hostile to Great Britain and believe – incorrectly – that Brexit in some way abandons our commitment to the Good Friday Agreement.

It isn’t just the Democrat Speaker of the House of Representatives, Nancy Pelosi who takes this ignorant, anti-British view. Senator Chuck Schumer will shortly be the majority leader in the new Democrat-run Senate.

Last year, Schumer gave a speech for Sinn Fein, alongside Gerry Adams and others, in which he declared that while ‘the road to Irish unity’ is ‘long and winding’ it is ‘now more within reach today than at any time’.

Sinn Fein was delighted to re-post that speech in the past few days, along with a message from Schumer to the Irish republicans: ‘I wish you the best in your critical efforts to build support for a truly united Ireland.’

The terrorists and former terrorists who run Sinn Fein are thrilled by such talk. After years of pro-terrorist sentiment being anathema in Washington, it appears that it is back at the heart of American politics.

This is bad for America – and bad for Britain, too.

With people such as Schumer at the top table, our nation is at a tricky juncture.

Remember, these people are dedicated to the break-up of our country – to the secession of Northern Ireland from the rest of the United Kingdom.

US politicians in the mould of Schumer and Biden (who loves to boast about his Irish ancestry) would be appalled if British politicians campaigned to break up the United States.

But when it comes to us, they are urging exactly that.

I know that many people are pleased to see the back of Trump. I know the airwaves have been ringing with unalloyed joy.

But the joy isn’t just early. It is also misplaced, and will be regretted before too long.