By DAN WOOTTON FOR MAILONLINE 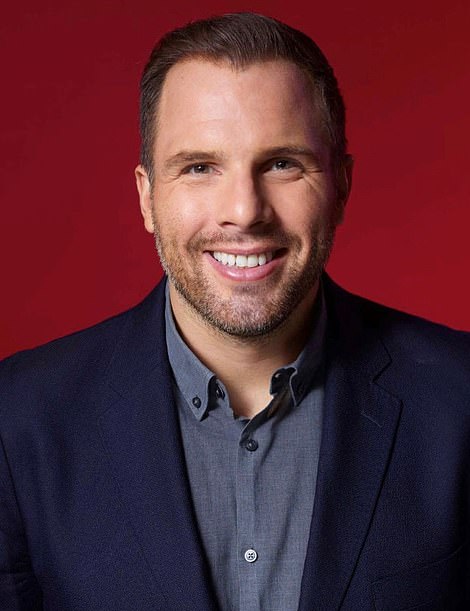 DAN WOOTTON: I couldn’t be more excited to join the team at MailOnline today, where I will be writing columns regularly

They might be pitted against each other in an increasingly divisive culture war, but Meghan Markle and Sharon Osbourne are ruthless Hollywood figures cut from the same cloth.

Shrewd, truth-twisting and wickedly ambitious, they are both prickly towards even the most loyal staff members and dispatch of anyone who crosses them with a brutality that Henry VIII would have envied.

Sharon likes to send a Tiffany’s box of human excrement to her catalogue of enemies while Meghan returned her wedding ring in a box by registered post to her stunned first husband once he had served his purpose on her everlasting social climbing quest.

Having reported on both ladies for many years, I can assure you they take the slightest of criticism very personally. Neither can stand me for breaking proven-true stories about very public aspects of their lives and, having seen how they treat people who have remained resolutely loyal to them, I can’t say I’m a big fan of either.

But despite my personal feelings, I defend with a passion the right for both Meghan and Sharon to loudly voice their opinions, which should play an important role in our public discourse over the thorny social issues that are, very sadly, starting to divide us.

So why is it only one of these women has been the victim of cancel culture for their widely publicised (and widely criticised) comments broadcast on the woke US network CBS?

Meghan was allowed to share her ‘truth’, as she branded it, to Oprah Winfrey without even the slightest hint of scrutiny. That’s despite the fact she unleashed a dossier of ludicrous claims that defied long-dated royal protocols, historical fact and basic believability, according to many staff members I’ve spoken to who lived through her tumultuous two years as a member of the Royal Family. 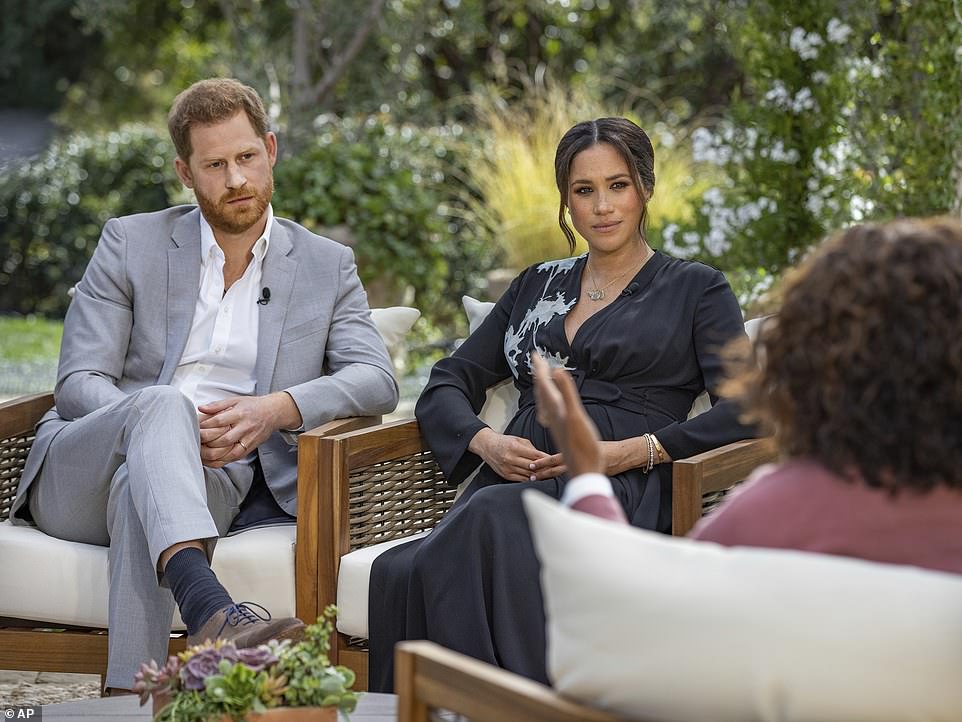 Sharon, meanwhile, was instantly damned to the modern-day torture of public cancellation for merely raising the possibility that her close friend Piers Morgan may well have more insight as to whether Meghan was indeed telling the truth.

One of the biggest threats facing democracy in 2021 is a craven desire to shut down voices who are brave enough to speak out against liberal groupthink on controversial issues.

But that’s the way Harry, Meghan and their breed of intolerant woketopians operate: Be kind to everyone… unless they say something with which you disagree. At that point, they want you erased from the mainstream media and polite society.

Which is more than a little ironic given that, if those rules applied to royals, Harry would have been cancelled years ago for past indiscretions including wearing a Nazi uniform to a dress up party and calling an army colleague the P word.

Despite his history, Harry and his wife attempt to silence critics, even if that includes throwing around spurious accusations of racism, sexism or any other ism that might cause someone damage.

I’ve seen it up close. Over many years I broke a raft of completely true but arguably damaging stories about Harry and Meghan’s battle with the Royal Family. A couple of them became so infamous they’re now referred to by royal watchers simply as Tiaragate and Megxit.

So my views on Harry and Meghan are anchored in lengthy and in-depth reporting. Naturally they evolved as I learned of questionable behaviour towards their family members and staff, not to mention their non-stop preaching that wasn’t backed up by their own actions.

But, like my MailOnline colleague Piers Morgan, one of the reasons I quit ITV Daytime in November 2019, after ten years as a presenter on GMTV, Daybreak and the Lorraine show, was the pressure to tone down criticism of the Sussexes. 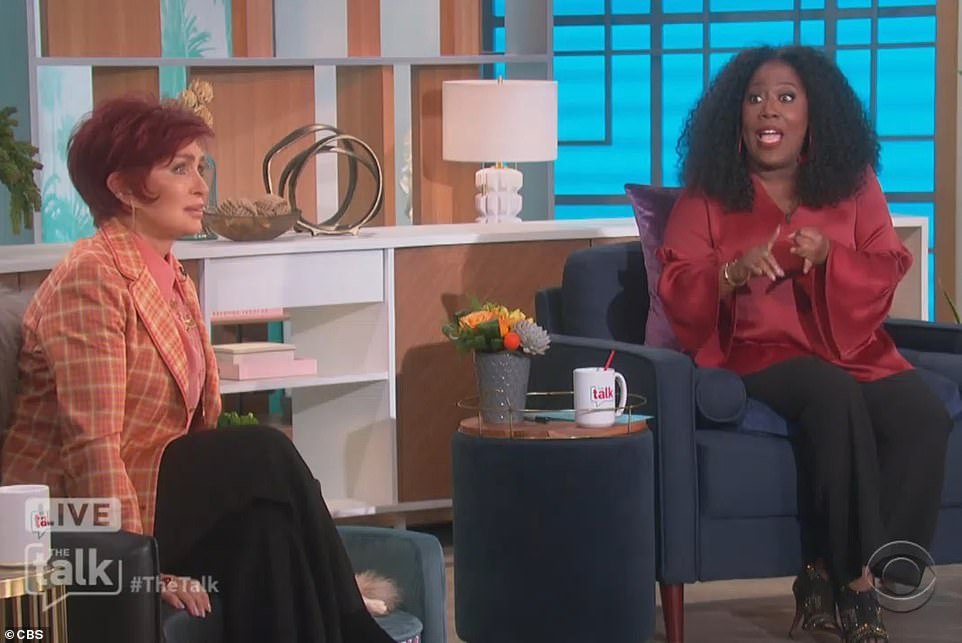 Sharon Osbourne (left, with Sheryl Underwood) likes to send a Tiffany’s box of human excrement to her catalogue of enemies

There would be hushed conversations with executives outside the ITV studio at Television Centre that always started with something like: ‘Dan, we’re under a lot of pressure. Do you think you could just be glowing about Harry and Meghan today?’

My answer was always the same: ‘If you want me to cover the story, I will do so truthfully. I have no problem with Harry or Meghan. In fact, when they do something good, I will champion it.’

Don’t forget, the day before their wedding I was sent to Windsor by ITV to fly the Union Jack flag, where I excitedly heralded Meghan’s arrival as a landmark moment for the monarchy.

Harry and Meghan like to suggest they support new voices in the media and public life, but in fact they’re typical of the establishment and the elite: Using connections that come with Harry’s royal blood and Meghan’s telly fame, including ITV big wigs via their news presenter BFF Tom Bradby, to scare critics into silence.

I’m the opposite. I want people with whom I disagree to be given platforms to express their views, however ridiculous.

My belief is that the more people hear from the likes of Harry and Meghan, and allies including Gayle King and Owen Jones, the more honest and hardworking folk realise they’re talking privileged nonsense.

The type of privileged nonsense that allows them to take private jet flights to destinations around the world while telling us mere mortals to stop going on holiday once a year with our family to cut our carbon emissions. 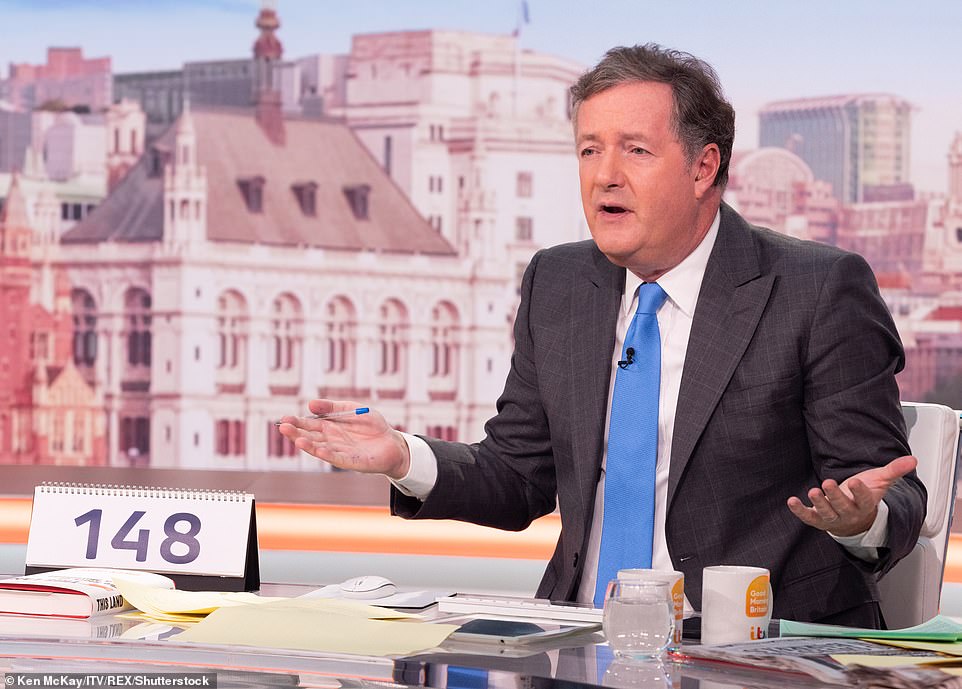 But my fear is that free speech advocates like me are losing the battle.

The impact of what happened to Sharon Osbourne on The Talk is chilling and will encourage homogenised thinking across our TV shows because, believe me, the one thing most folk on the box think of more than anything else is keeping their own job. 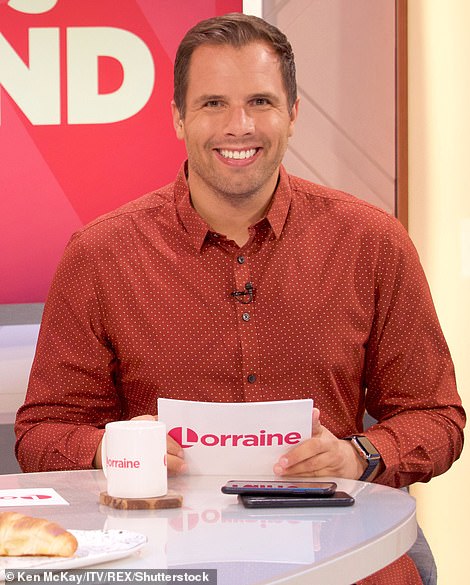 DAN WOOTTON: I quit ITV Daytime in November 2019, after ten years as a presenter on GMTV, Daybreak and Lorraine

If you’re Meghan McCain on The View in the US or Jane Moore on Loose Women in the UK, it’s going to become increasingly difficult – and professionally risky – to express any view that doesn’t fit with the narrative of the liberal elite.

Jane, a friend of mine without a racist bone in her body, was accused of ‘being OK with casual racism’ by her Loose Women co-presenter Charlene White for criticising the vagueness of Meghan’s damning allegations about racist language speculating on the skin colour of her unborn baby by a member of the Royal Family.

The Sussex Squad Twitter mob has been coming for CNN’s royal correspondent Max Foster for broadcasting a balanced report on US television questioning some of the more dubious claims in the Oprah interview.

And the couple’s hagiographer Omid Scobie – who is drip-fed press releases that he passes off as news – even had the cheek to do down one of our great biographers Tom Bower, whose books on everyone from Boris Johnson to Simon Cowell are essential historically, because of the colour of his skin.

Can someone please tell me how that is not blatant race baiting from Harry and Meghan’s favourite journalist? What do Tom Bower’s age and ethnicity have anything to do with his excellent reporting?

This is the scourge of identity politics where Sharon’s voice is shut off because she’s white, old and British, while Meghan’s is celebrated because she’s mixed race, young and American. 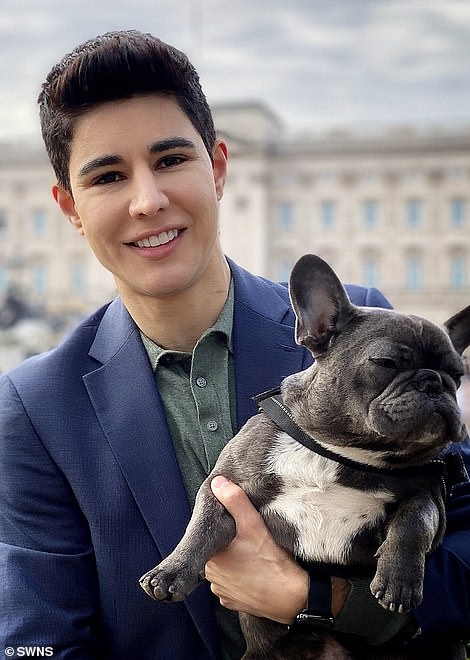 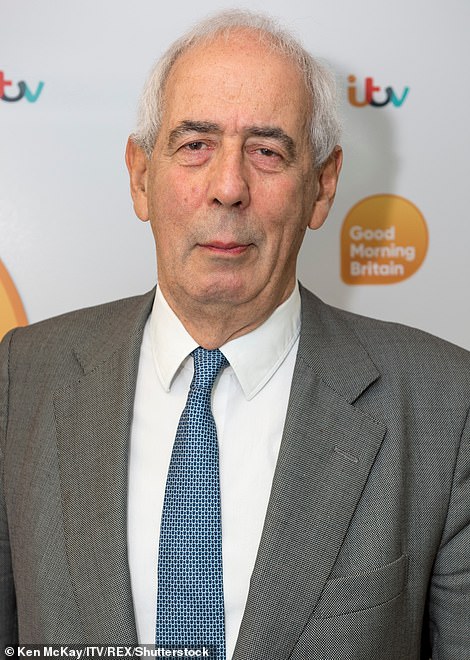 But it’s not just in the world of royalty and pop culture where self-enforced censorship via the fear of cancellation is becoming a genuine threat.

I have been shocked to see the attempts to shame into silence those sceptical about the benefits of draconian lockdowns, including myself, with attacks branding us everything from psychopaths to murderers.

Quite the opposite. Given the amount of people being killed by a year of lockdown – and the tens of thousands of deaths that will inevitably follow in the years to come from missed medical treatment and devastating poverty – surely it is a responsibility of EVERY politician, journalist and commentator to be sceptical.

We’ve been imprisoned for over a year now. At the very least there needs to be an honest debate about whether that REALLY was the right decision.

Believe it or not, despite putting me through three years of completely unnecessary legal action, I don’t even wish cancellation upon the troubled Hollywood actor Johnny Depp.

I would just like to see him do the decent thing and apologise to Amber Heard, stop trying to destroy his ex-wife’s life, and work on improving himself by getting free of his drug and booze problems. What a story he would then have to tell! 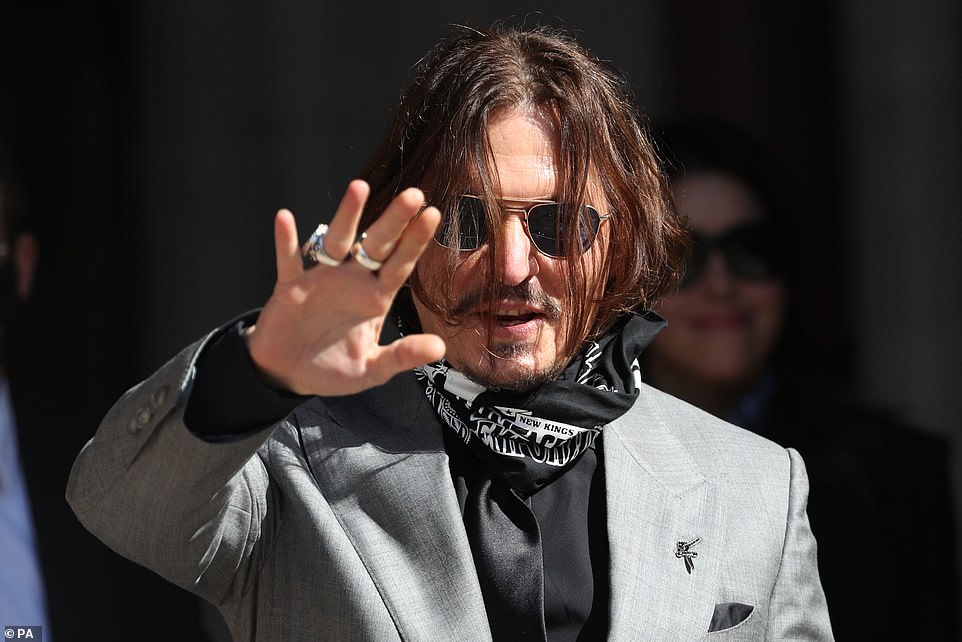 But the tyranny of suppression and cancellation has never been so real in modern culture.

That’s why I couldn’t be more excited to join the team at MailOnline today, where I will be writing columns regularly alongside hosting a nightly show on the upcoming TV news network GB News. I can’t wait to honestly give my verdict on these very challenging and complicated times, without the fear of the baying Twitter mob trying to silence me every two seconds.

Believing in Sharon Osbourne or Piers Morgan’s right to express their opinion on Meghan Markle doesn’t make you a bad person.

Believing that Meghan isn’t a very nice person who told a load of porkie pies to Oprah doesn’t make you racist.

Believing we must question the most draconian restrictions to our freedom and liberty since World War Two doesn’t make you a murderer.

If we don’t continue the fight to speak freely and criticise equally, then the battle for free speech could be put back a generation. It’s too important to stay silent.

DAN WOOTTON: How ITV tried to gag me on Meghan Markle too | Daily Mail Online