This is what the CDC tried to hide by removing the definition of vaccine while replacing it with their rubbish on September 10th 2021. Of course major dictionaries are willing to lose their credibility by following suit with the shady globalist low life scum bag narrative by replacing definitions with complete globalist rubbish. Of course with Youtube, Twitter and Facebook being threatened with endless lawsuits to comply with the globalist narratives, what makes you even skeptical that smaller businesses would do the same?!

Calling something that isn’t a vaccine, a vaccine because they remove the definition of vaccine and replace it with rubbish while politicians wheel and deal behind closed doors so that big pharma isn’t held accountable for the damage they cause to human citizens of countries suffering covid, blood clots, heart problems, neural paralysis etc. from the jabs they administer is supporting a giant hate crime against humanity.

You are all being thrown under the bus with a slew of lies under guise of pandemic along with calling injections that are not vaccines a vaccine to try and dominate the masses with fake shame for not complying with such rubbish only so greedy, selfish and ignorant low life scum bags can get rich off of big pharma while they make the masses unhealthy and suffer their government putting your children further in debt over their sick and filthy jabs disguised as vaccines.

If we don’t stop this and your children are survivors of this, who’s slave do you think they are going to be?!! Not one person on this planet has been vaccinated from covid by big pharma! When they say unvaccinated, that means everyone as opposed to people not getting the jab that they lie about by calling their jab a vaccine. 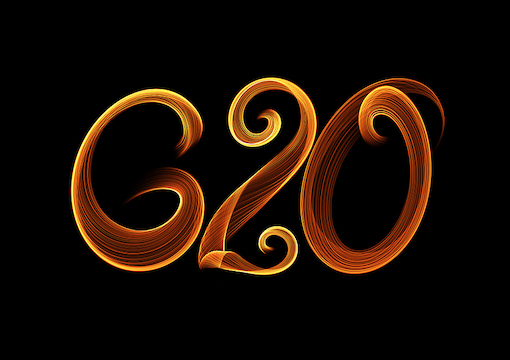 We live in a society of lies. Our democracy is no longer a democracy, schools are no longer centers of education, the media no longer inform but spout propaganda, health care no longer focuses on curing people but on injecting them with experimental vaccines. Our governments do not protect us but have only one goal: to frighten us into submission so that they can obliterate free markets, individual liberty, and free will.

When I became a member of the Dutch Parliament in 2017 for the Conservative Forum for Democracy, I was optimistic about the future. Until 2019, it looked as if the West was going through a Conservative Spring. Our electorates seemed to have enough of mass immigration, the undermining of national sovereignty, and climate alarmism. We witnessed Brexit, the election of Trump, the electoral triumphs of populist parties such as the Lega Nord in Italy, the Sweden Democrats, the Alternative for Germany, and others, such as my own. And then, all of a sudden, there was corona, which became the perfect alibi to turn the whole world into a totalitarian bio-security state and trample our fundamental liberties.

Since the 1970s, our society has become ever more globalist. This facilitated the growth of giant multinational corporations that are more powerful than national governments. In recent years, we have seen the collusion of Big Business and Big Governance. Since 1971, Big Business has convened with politicians at the World Economic Forum (WEF), working out strategies to increase the power of both Big Business and Big Governance. Their mutual enemy is the nation-state, because national sovereignty and national borders not only safeguard local democracy and self-governance but also protect small and medium-size companies against multinational giants.“Our priority must be to oppose the Great Reset and the dark force behind it, the WEF, with all our might.”

Before 2020, we knew that the ruling powers were pushing transnationalism through the promotion of mass immigration, the dismantling of the nation-state, and the invention of so-called looming catastrophes, such as climate change, which allegedly need to be tackled on a supranational level. But then, a new element was added. The so-called pandemic became the perfect alibi for what Klaus Schwab, the chairman of the WEF, calls “the Great Reset.” By 2030, the regime—this conglomerate of Big Business and Big Governance—hopes to introduce a neo-Communist, digitally controlled totalitarian society in the whole world. They try to sell it to us as a utopia in which, to quote the WEF, “you will own nothing and you will be happy.” We, the people, will own nothing, while they, the ruling elite, own everything!

As soon as the threat of the virus will be over, the regime will find another alibi to curb our freedoms. Perhaps by increasing tensions with Russia, perhaps by intensifying climate hysteria and introducing climate lockdowns, perhaps with a cyberattack or some false-flag terrorist attack to shut our internet connections down. They will do whatever it takes to introduce their totalitarian control state by 2030. It is not difficult to see what the next steps will be: the permanent introduction of QR codes, the abolition of cash money, and biometric authentication through which everything we do will be permanently controlled.

This is not a conspiracy theory; the proof is there. Recently, one of my party’s parliamentarians unearthed several documents in which the WEF thanks Dutch government ministers for their “contribution to the Great Reset.” It turns out that the Dutch government has even made legally binding contracts with the WEF, virtually outsourcing certain competences to the WEF. This is truly staggering, because the WEF is a private organization. I am certain that similar contracts have also been made between the WEF and other Western governments, such as Britain’s, and perhaps even America’s.

One of the WEF’s initiatives, supported and cofunded by the Dutch and Canadian governments, is a project called Known Traveller Digital Identity (KTDI), aimed at the identification of travelers with biometric data. The KTDI is presented to the public as a method to make traveling easier by making passports superfluous, but it is likely to be used as a tool to control the movement of citizens. Another WEF project, also funded by the Dutch government, is the Platform for Accelerating the Circular Economy (PACE). It aims to “catalyze leadership from CEOs, government ministers, and heads of civil society organizations who have a clear vision and the power to make things happen.” Everything is top down. Those with “a clear vision and the power to make things happen” are going to decide for us—the hoi polloi, who “own nothing but will be happy.”

A new political alliance is urgently needed. We have recently launched The Movement, a series of videos in English, and Forum for Democracy International. Unfortunately, even some of the member parties of the network of European patriot parties, to which Lega Nord, Marine Le Pen’s party, and others belong, fail to see the danger we are currently in. They fight mass immigration and climate alarmism, they defend national sovereignty. This is great, but it is not enough. Our priority must be to oppose the Great Reset and the dark force behind it, the WEF, with all our might.

Instead of handing over the means to control the citizens to the state, we should liberate them from state control. That is the great reset that we need. This is why my party has begun to build parallel structures. We are going to establish our own woke-free schools and universities, our own health care centers, our own housing estates; we want to introduce our own cryptocurrency and perhaps create our own trade unions. We have set up our own publishing company and we are currently creating an app, called Forumland, through which our 60,000 members—we are the largest party in the Netherlands in terms of party membership—will be able to contact each other and set up initiatives from the bottom up. The battle for the sovereignty of our nation, the democratic rights of our people, the freedoms and values of our society, the heart and soul of our civilization, can only be won by moving beyond politics.

No one is free until we all are free.