Arwen~ Do we still believe the current narrative for what is taking place with Russia and Ukraine in light of all this? Things are not as they seem. 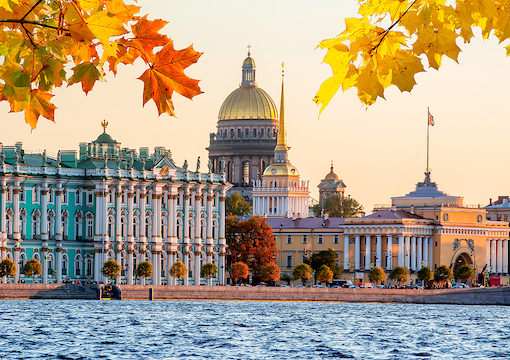 If Western universities were not brimming with leftist professors, the present situation in Ukraine would surprise no one. History would have taught us that the complete destruction of Nazi Germany was bound to clear the way for Soviet Russia’s domination of the Eurasian continent, although not going for total victory would hardly have been a vote-getter back in 1945. George Patton, for one, wanted to fight the bear right there and then, but cooler heads prevailed.

The H-bomb, needless to say, has encouraged aggressive types to wage war knowing full well that opponents might feel reluctant to commit suicide. In fact, the bomb has increased limited wars, as they are now called. What I find funny is that we the West provoked Russia by bringing into NATO Estonia, Latvia, and Lithuania, hypothetically forcing us to fight the nuclear-armed bear over, say, Estonia, a tiny nation geographically attached to Mother Russia with a population of 1.3 million, many of them Russians. This makes as much sense as the First World War did with 25 million dead over an Austrian archduke’s assassination. Those two clowns, Biden and Blinken, are busy telling anyone who will listen that “NATO’s door is open and remains open and that is our commitment.”

“The attack on Ukraine is as much to blame on the intransigence of Biden as it is on Putin.”

Uncle Sam used to be a good guy before he became a bully. He helped rebuild the devastated European economies and created the Atlantic Alliance. But there was always something in it for him. He had, of course, provoked and almost forced Japan to attack due to FDR’s embargo. With colonialism down the drain after the war, new nations with different histories and cultures appeared on the scene. These new nations did not see eye to eye with Uncle Sam’s vision of corporate paternalism. America’s motto back then was “What is good for General Motors is good for America,” but what was good for GM was not good at all for, say, Italy or France, or Germany, or Japan, or Britain. People who used their brain began to see that America’s role as a test for moral perfection was bull. I began to see the light in Vietnam, where the good uncle pretended his interests were universal, whereas North Vietnam’s were simply national interests.

Still, the good old US of A was a religious and pleasant country to live in: People went to church, did not swear like drunken sailors, and even read books. Then Hollywood decided to liberate the country from its sexual mores, and porn, drugs, and violence became the norm in its product. While Hollywood was busy churning out subversion mainly against Christianity, disenchanted liberals needing action became known as neoconservatives, and ever since, Uncle Sam has become the greatest bully the world has known since World War II. He has engaged in something like six wars, has lost most of them except Grenada, a tiny island that could easily fit inside Miami Beach, and has killed approximately 3 million people. Two and a half million in Vietnam, 500,000 in Iraq and Afghanistan.

Which brings me to the tragedy of Ukraine. Back in 1937, 3, maybe 5, perhaps even 10 million Ukrainians starved to death thanks to Uncle Joe Stalin’s forced famine against the Kulaks, a horrific crime against humanity and one denied by the Liverpool-born Stalin apologist and New York Times Pulitzer Prize winner Walter Duranty. This scumbag’s prize is still exhibited in a Times wall, proof that the newspaper is proud of the lies it has published denying the deaths of millions. (It should be exhibited next to the other Pulitzer the Times was awarded for yet another monstrous lie, that of Russian collusion in the Trump victory of 2016.)

So now I ask you a very delicate question, knowing full well that two wrongs do not a right make: Who has killed more people, the world’s worst-ever man at this moment, Vladimir Putin, or George W. Bush? In cahoots with Sir Tony Baloney. I’m afraid that Bush-Blair win this one hands down, while a newspaper that denied a monstrous crime is still respected by the very same lefty types who looked the other way when Stalin was murdering Ukrainians in the millions.

What comes next will not win me a popularity context, but Putin was not involved when a drunken Yeltsin signed the Paris Charter and the Budapest Memorandum back in the ’90s. Once in power in 2000, Putin insisted on a pledge that there would be no further eastward expansion of NATO and that offensive missiles would be removed from Russia’s borders. Their deployment reduced the warning time to a mere five to seven minutes. His response was to threaten to station hypersonic missiles on ships just outside U.S. territorial waters. Which means we would be right back to the Cuban crisis of 1962. The attack on Ukraine is as much to blame on the intransigence of Biden as it is on Putin. Needless to say, this must be too complex for the media to examine. It is much easier to turn Russia into a monster Goliath and Zelensky into a heroic David. As a poor little Greek boy, I have a question: Where was the outrage when millions of Ukrainians were being deliberately starved to death by the left’s golden boy, Uncle Joe?

Never mind, we now have a Russophobic, rap-loving West, with Tchaikovsky, conductor Gergiev, and divine soprano Anna Netrebko banned, and Tolstoy and Dostoyevsky on the brink. Perhaps it’s time for a one-way ticket to St Pete’s.